Lyme Regis and the Jurassic Coast 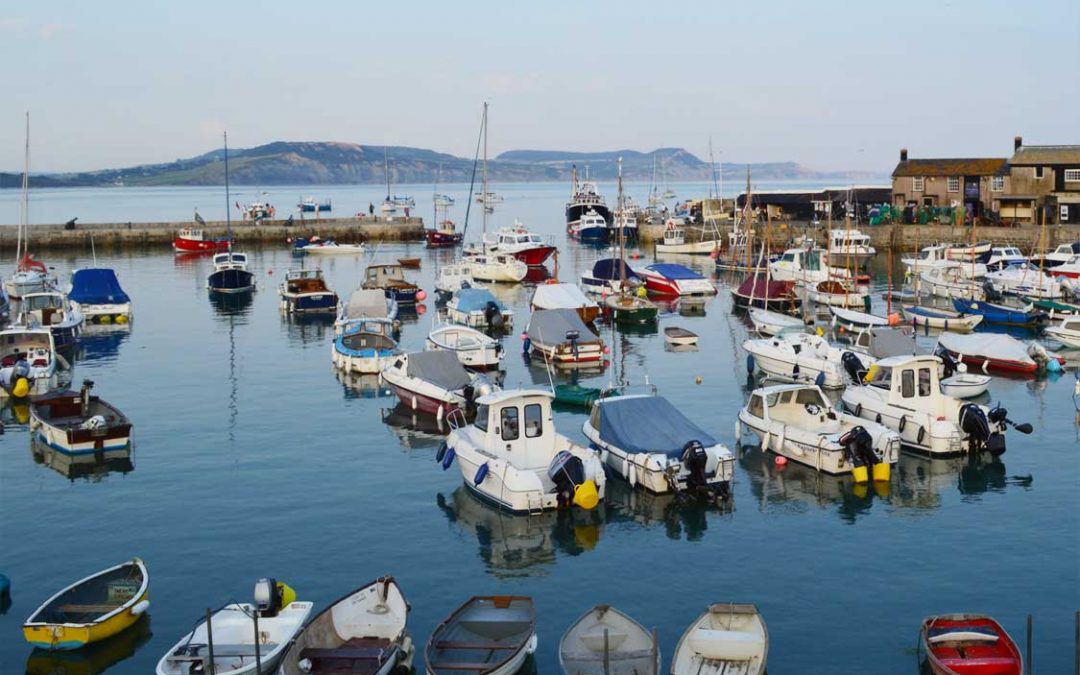 30 minutes from Sidmouth and just across the Dorset border is Lyme Regis, one of the West Country’s most loved resorts. Visitors return year after year to enjoy the charming town centre, it’s fossil rich beaches and harbour.

Lyme Regis is a lively resort with cafés, restaurants and unique independent shops as well as family friendly beaches. There are art galleries, museums, a theatre and cinema.

During the summer season regular boat trips run from the Cobb and you can try your hand at mackerel or deep sea fishing.

Lyme and the Jurassic coast

It was here in 1811 that Mary Anning was the first person to discover the fossil of an icthyosaur and correctly identify it. Her find sparked some lively debates between religious circles and the new geological scientists.

Today the cliffs and beaches around Lyme Regis and neighbouring Charmouth are still rich with fossils. Some are preserved in the rocks such as the ammonite pavement to the West of the town, others are lying on the beach waiting to be found by keen eyed fossil hunters. Remember to avoid the cliffs if you are fossil hunting – they can be loose and unstable and, with patience, you will usually be able to find fossils on the beach.

If you don’t find any fossils of your own there are, of course, fossil shops where you can buy polished local fossils as well as specimens from all over the world.

Explore the town’s Jurassic past at the Lyme Regis museum and the Dinosaurland fossil collection.

Click a picture to see the full size photo album: 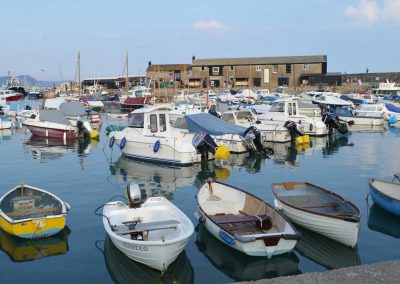 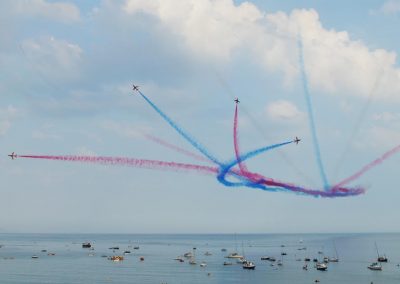 The Red Arrows over Lyme Bay during Lifeboat Week 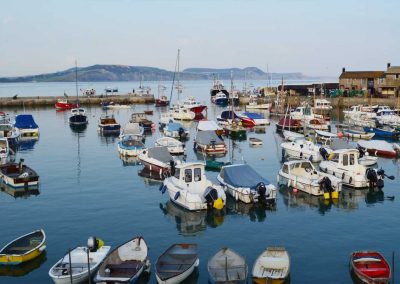 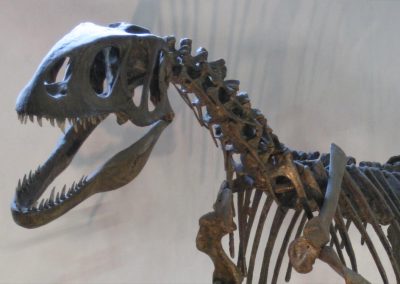 A reconstructed skeleton in Dinosaurland 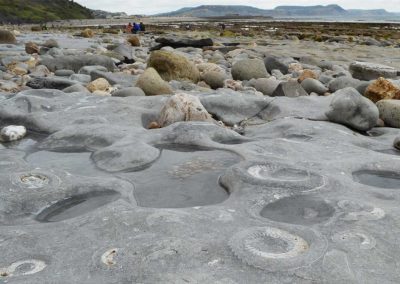 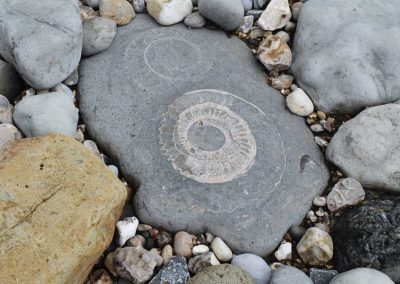 Ammonites on the beach 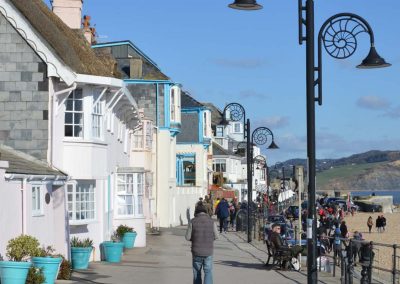 The sea front at Lyme

If you’re looking for some holiday (or pre-holiday) reading several books have featured Lyme Regis over the years.

Parking is, not surprisingly, easier outside of the peak summer months. If you approach Lyme from the West on the A3052 the first car park you come to is Holmbush on your right, DT7 3LD on your sat nav. This is a good option with a walk down a side road that brings you out by the harbour, or into gardens overlooking the town and bay.

On quieter days we prefer to drive past this one, right through the town centre and up the hill on the other side of Lyme. As the road climbs out of the town there’s the Charmouth Road car park on the right – DT7 3DW on your sat nav. We like to park here because at the back of this car park is a footpath down the cliffs onto the sea wall. From here there’s a walkway along the top of the sea wall into the town, or, if the tide’s out, we can go straight on to the beach for some rock pooling and fossil hunting.

In the busy summer season (June, July and August) we recommend avoiding driving through the town centre altogether. There’s a useful park and ride scheme that runs from either side of the town. Keep an eye out for it on your left as you approach Lyme from Sidmouth on the A3052 – it’s in a field just after the turning for Ware (DT7 3EU on your sat nav) and it’s well before you reach the town itself so it’s easy to overshoot.

The park and ride bus drops off near the harbour and picks up from the same place.

Dates and times: 1030am – 630pm at weekends from April to September and every day during the school holidays (mid July to the end of August).

There’s a park and ride on the East side of the town too (DT7 3UE) so if the West park and ride is full you can try that one. Remember to avoid driving through the town centre if you can find an alternative route, maybe via Pound Road, Silver Street and Colway Lane.

If you’re not in a hurry and want to let someone else do the driving while you sit back and enjoy the scenery then try the Jurassic Coast bus X52. It takes just under an hour from Sidford and you can break the journey in Seaton on the way.

Where to find out more about Lyme Regis: